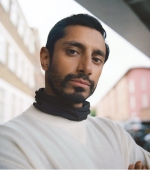 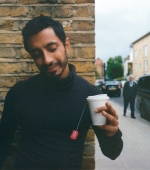 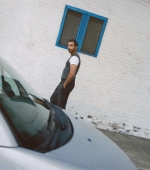 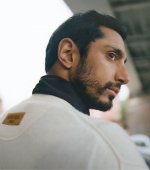 RIZ arrives at the agreed location for our interview, a two-storey house on a quiet residential street in north London. It is a grey Saturday evening. We enter through the front door but quickly make our way to the small backyard, a request he’s made with Covid-19 concerns in mind. The global film industry is just starting up again but not without strict health and safety regulations amid fears around the potential for delayed shoots and cancelled projects.

PAUL: What does the rest of the weekend hold for you?

RIZ: I’m flying to America, hopefully on Monday, to start a shoot. The project is one of the few things that’s able to shoot because of Covid. So, there’s all of that new protocol to run through.

Is insuring films much harder because of the pandemic?

It’s lawyers’ letters, all of that kind of stuff.

Were you in London for the entire lockdown? Is it still home?

So, I’ve spent a week in your company, going back through the full RIZ AHMED archive of film and music.

Thank you, man. You’ve been helping my YouTube views? Gently shifting the Netflix algorithm incrementally in my favour? The cheque’s in the post.

It has been a good place to be. The first time I noticed the muscular intimacy of RIZ AHMED’s acting was on a late-night UK Channel 4 screening of the 2008 low-budget thriller about petty drugdealers, ‘Shifty’. In the last scene of the film, his character turns to his old friend, played by British character actor DANIEL MAYS, and they laugh at the ludicrousness of the situation they’ve found themselves in. It’s a scene shot from behind, which consolidates the film’s undercurrent of fraternal tenderness and tension. The next film I saw him in, the terrorism-heist tragicomedy ‘Four Lions’, I still consider to be satirical writer and director CHRIS MORRIS’s masterwork. To be revisiting all these works and more has been a pleasure.

Have you been able to take a moment during the last few months of stillness to look back over the choices you’ve made? Do you allow yourself pride in them?

I think often most of us – actors, artists, anyone really – tend to look forwards rather than stop and look back. Particularly with the pandemic. As to how I want the future to be different? How do I want it to be the same? We’ve all been reassessing the future we want to carve out for ourselves and for everybody, collectively. What patterns do I spot in my past that I want to continue? What do I want to fix? [More at Source]