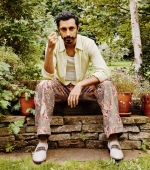 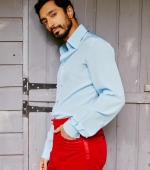 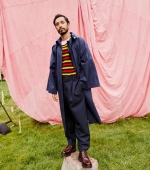 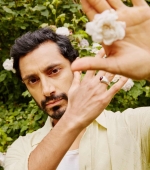 This summer, Riz Ahmed took aim at Hollywood and the wider film industry. In a speech that was somehow both measured and searingly furious, the British actor called out the “toxic portrayals” of Muslim characters in TV and movies. Using research that he was directly involved in commissioning, Ahmed showed how Muslims, who make up almost a quarter of the world’s population, are either “invisible or villains” in our screen entertainment. He said that this omission resulted not just in “lost audiences” but “lost lives” because of the “dehumanising and demonising” ways that Muslims were often depicted. In fact, Ahmed noted, some of the most prestigious and awards-laden releases of recent years were “frankly racist”: specifically The Hurt Locker and Argo, both of which won best picture at the Oscars, and Marvel’s Black Panther, which earned more than $1bn at the box office.

The speech in June, which launched an initiative called the Blueprint for Muslim Inclusion, was many things: timely, vital and, for some, eye-opening. But mainly, on Ahmed’s part, it felt brave, even risky. Actors typically don’t take potshots at their paymasters, the studios. They almost never single out specific, very successful films for criticism.

“If you’re going to say something, say it, I guess, right?” says Ahmed today. “I’m not trying to attack anyone personally, it’s just about trying to call out a collective blind spot. So am I worried it would have a knockback on my career? I dunno…”

Ahmed pauses, starts again. “You know, this is all just a bonus,” he goes on. “I never expected I’d be able to have a career. They haven’t noticed I’ve snuck in. They are going to throw me out any minute. It’s probably that kind of thing. Nick all the sweets while you can. Trash the place. Tell them whatever you want. Maybe there’s some of that going on.”

He won’t say it himself, but right now Ahmed has the run of the sweet shop. After years of sustained excellence, working his way up through acclaimed indies such as Chris Morris’s Four Lions and the Reluctant Fundamentalist, then smaller parts in Hollywood spectaculars (Rogue One: A Star Wars Story, Venom), 2021 was the year that Ahmed landed centre stage. In April, he was nominated for a best actor Oscar for his performance in Sound of Metal as Ruben, a heavy-metal drummer who loses his hearing. He didn’t win, but the fact that he was the first Muslim ever to be nominated in that category started a debate that Ahmed has taken on. This month, he became the youngest recipient of the Richard Harris Award, the highest honour from Bifa (the British Independent Film Awards). In the citation, it praised “his outstanding work, both on-screen and off”. [More at Source]