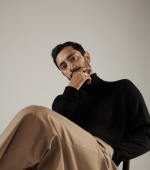 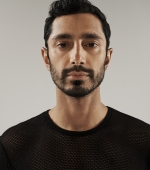 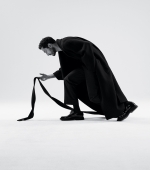 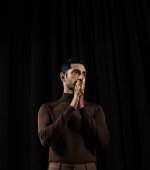 As Jennifer Aniston knows, a good haircut can make your career in Hollywood. But in Riz Ahmed’s case, so can a bad one.

At age 22, the actor-producer-rapper fell victim to a “horrific bowl cut,” he recalls to Variety. In his arts program at the Royal Central School of Speech and Drama in London, the students deconstructed Shakespeare by day and hustled for acting jobs at night.

“We were still doing headshots at drama school, so everyone was making sure they looked good,” he says. “I turn up with this hair and ended up looking like one of the Tipton Three. When Michael Winterbottom’s casting director saw my photo, I got a role.”

Ahmed is referring to his big break, Winterbottom’s 2006 film “The Road to Guantánamo,” in which he played Shafiq Rasul — one of three Muslim men from Tipton, England, who were detained at Guantánamo Bay in 2001. They endured two years of torture and interrogation at the American base in Cuba before being released with no charges, an example of the moral murk that accompanied the post-9/11 “war on terror.”

From that fateful coif grew an impressive screen career, one that has positioned Ahmed as one of the industry’s most compelling, blazingly modern performers. An Oscar nominee for 2019’s “Sound of Metal,” the 38-year-old represents a new class of leading man — one who showcases vulnerability, subverts traditional masculinity and ushers in a different type of Hollywood hero. Ahmed’s talent continues to unfold in fresh and exciting ways in two fall films: He plays an up-and-coming British Pakistani rapper in “Mogul Mowgli” and an ex-military officer grappling with a microorganism invasion in “Encounter.”

The two projects are perfect vehicles for Ahmed’s twitchy intensity and emotional daring, spanning genres in ways that highlight his versatility. At a time when one generation of actors seems to be falling over themselves to get into spandex and anchor a superhero movie, Ahmed is forging his own path, one that cuts through the world of streaming and indies while allowing him to create the kind of morally compromised, rough-edged characters that populated the greatest movies of the ’60s and ’70s. [More at Source]