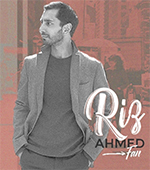 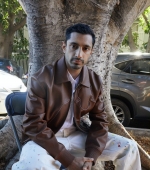 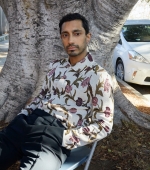 In his performance as Ruben in Sound of Metal, a film about a drummer who loses his hearing, Riz Ahmed helped break barriers between the deaf and hearing communities—and gained critical acclaim in the process. As the British actor tells it, the most impactful part of playing this role was the lessons he learned along the way. For W’s annual Best Performances issue, Ahmed discusses his immersive approach to getting into character, attending deaf poetry slams, and falling in love with the process.

Before working on Sound of Metal, did you know about the deaf community and heavy metal—these areas that you had to become an expert in?

No. One of the things that really attracted me to this role, and one of the things I like most about being an actor, is learning new skills and learning about new people in communities and cultures. And that’s what this job was. [Sound of Metal director] Darius Marder said, “Whoever is going to play this role is really going to play the drums. I love music too much to fake it. And similarly with American Sign Language—your character needs to be fluent. Then I want the actor to be able to improvise with deaf actors.”

That challenge was just what I was looking for at the time: something that would be almost overwhelming, so I would have to lose any attempt at control. And that’s when the interesting things happened. It was a seven-month process of learning to play the drums from scratch, and American Sign Language.

What was a typical day in this seven-month period like?

Ruben is a character who is very structured, so I thought I’d approach the preparation in a very structured way, to be quite immersed. I stayed in the accent and with blond hair for seven months. And, you know, there are tougher things to do for seven months than walk around blond. I would do American Sign Language with Jeremy Stone, my instructor, for a couple of hours in the morning. Then I would go and work on my script with my acting coach. And then in the afternoons for a few hours, I would drum. In the evenings, I would usually go to Alcoholics Anonymous or Narcotics Anonymous meetings. At night, I would go to a gig. I was learning about multiple worlds at the same time: the punk and metal and noise scene, the deaf community, addiction circles. The way I like to work is just to immerse myself in it completely. So it was a long journey, but it was such an eye-opening one. [More at Source]