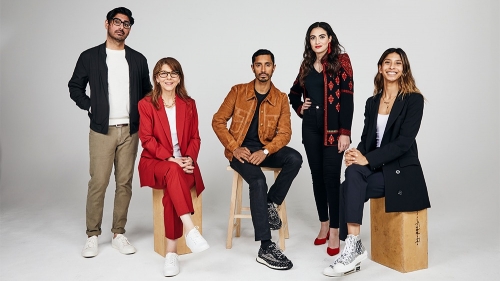 Newly-minted Oscar-nominee and Emmy-winner Riz Ahmed has become just as well known for his activism as for his performances in projects like “Sound of Metal” or “The Night Of.”

Now the actor, musician and producer is taking his fight one step further, by launching a multi-layered initiative for Muslim representation in media, in partnership with the USC Annenberg Inclusion Initiative, the Ford Foundation and Pillars Fund. Powered by USC Annenberg’s new study on Muslim representation in media — which found that less than 10% of top grossing films from 2017-2019 had a Muslim character on screen, with less than 2% of those characters having speaking roles — the coalition has created the Blueprint for Muslim Inclusion, as well as the Pillars Artist Fellowship, offering selected grantees an unrestricted award of $25,000.

The project spawned from Ahmed’s 2019 speech at CAA’s Amplify conference, where he made an impassioned plea for the entertainment industry to reevaluate its role in perpetuating negative stereotypes about Muslims and the real threats members of the community face in their everyday lives, no matter how famous they are.

Looking back on that presentation, as well as his 2017 address to Parliament in his native England, Ahmed tells Variety, “It’s not a speech I wanted to give. No offense, but this is an interview I don’t want to have to give. This is a study none of us want to have to do.”

“But sometimes, when you’ve got a feeling anecdotally and experientially, and you’ve been gas lit, you need that data,” he explains. “You need to bring the big guns to come in, and show you that this isn’t just in your head.” [More at Source]